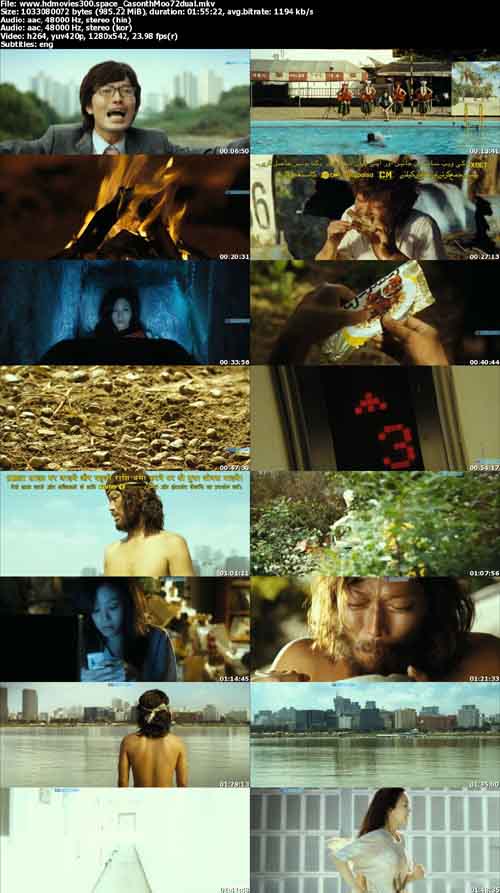 Castaway on the Moon is a 2009 Korean film about 2 people who don’t want to interact with society or others anymore. It’s a sublime under the radar film (to U.S. audiences anyway) that’s definitely worth a watch. I caught this film when it first came out a few years ago, and just watched it again recently. Bottom line; it’s competently made, totally engrossing, and absolutely terrific…HIGHLY RECOMMENDED!

First and foremost, this film has nothing to do with living on the moon, or being stranded on a far away desert island for eternity; it’s actually the polar opposite! Some people (I call them morons) will try to explain that this movie is very similar to/a rip off of the American film ‘Castaway” starring Tom Hanks. Although there are some parallels to be drawn, these two films have only one thing in common (i.e.

there’s a guy that’s separated from society). Don’t get me wrong, I actually like Tom Hanks’ “Castaway” quite a bit, but aside from the fact the both film’s protagonists are stuck on an island, these two films aren’t really related to each other whatsoever; the primary difference being one movie’s protagonist wants to get back to his life, and the other wants to escape it.